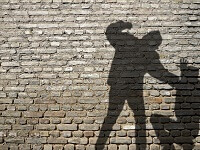 In Texas, “assault and battery” is actually considered the same and simply known as assault. Being charged with this type of violent crime can be a serious matter. In addition to serving jail time or paying fines, you could also face a civil lawsuit if the alleged victim decides to seek any damages they incurred.

An act of assault can be one of the following three things:

According to Texas law, you can be charged with assault from an incident which involves no physical contact. For a threat to be considered a criminal assault, however, it must put the “reasonable fear of injury” into someone else.

A simple assault can increase to a third-degree felony (maximum prison sentence of 10 years and fines of up to $10,000) if:

An assault that is considered an aggravated assault if serious injury is inflicted or a deadly weapon was used in committing the offense. Aggravated assault is a second-degree felony, punishable by a prison sentence between two and 20 years, as well as fines of up to $10,000.

If you were arrested and charged with assault, The Clark Law Firm is prepared to protect your rights and future. As a former prosecutor, our Fort Worth criminal defense attorney understands how the prosecution will approach your case and can develop an effective defense strategy designed to either get your charges reduced, or your case dismissed altogether. Let us fight tirelessly for you in order to obtain the outcome you desire.

Our legal team can investigate your arrest and collect evidence necessary to determine all of your available legal options. With more than 35 years of combined experience, The Clark Law Firm is commited to help you get your life back on the right path.